We’re celebrating National Read a Book Day with a little look at 5 literary classics…have you read any of these?

First published in 1938, Du Maurier’s novel is a fantastic thriller, which tells the tale of a young woman who falls deeply in love with the charming but mysterious Maxim de Winter. On moving to Manderley, she begins to discover that everything is not as it seems. Who is Rebecca?

A masterpiece of the 19th Century, Wilde explores complex themes of duality, Aestheticism and self-indulgence in this novel. A mixture of horror, philosophy, suspense and fantasy, this beautifully written book will force you to question your own morality. How much would you be prepared to sacrifice for eternal youth and beauty?

Ben Barnes as Dorian Gray in the 2009 film adaptation.

Set in the 30s, Brighton Rock is a British murder thriller, set in – you guessed it – Brighton. Exploring deeply moral issues through a harsh study of violence, love and identity, this novel follows the life of anti-hero, Pinkie, a merciless gang-leader. What does the title of the book mean, we hear you ask? 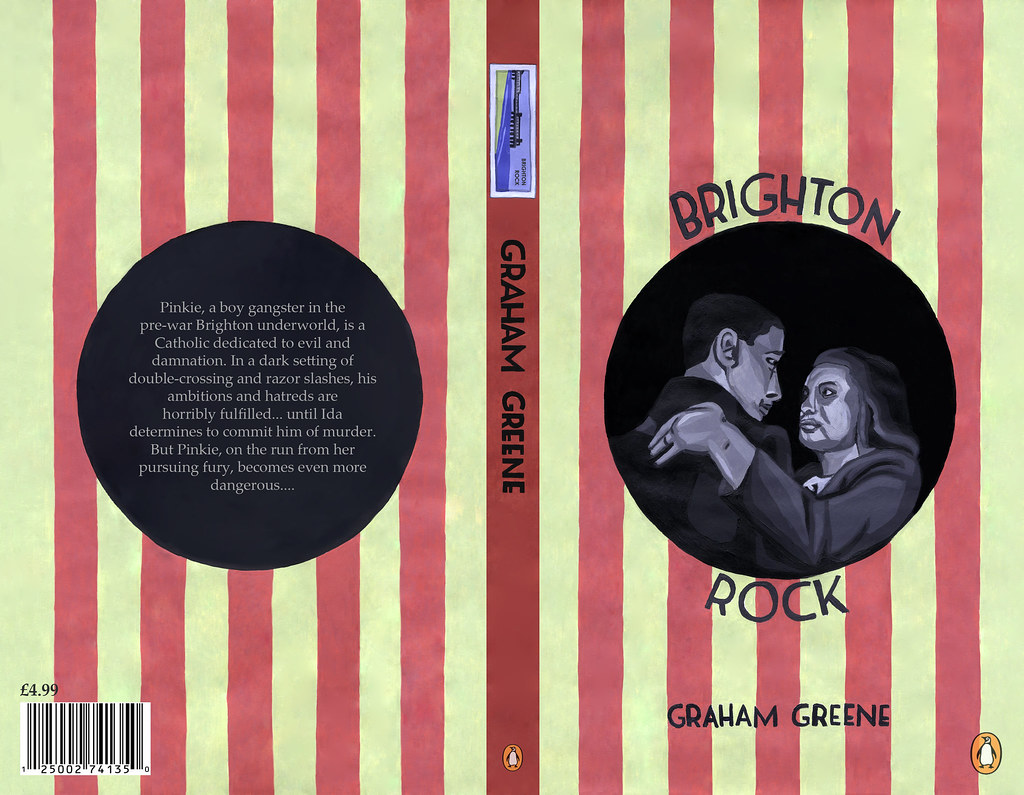 Now you’ll definitely have heard of this one and it certainly makes an appearance on the majority of ‘top books to read’ lists but you might be surprised how few people have actually read it. A dark, dystopian novel published in 1949, it remains moving and fascinatingly relevant to this day. Will it have you looking over your shoulder? Big Brother is watching you! It’s difficult to pick just one of Poe’s stories but his short story, The Black Cat (1843), encapsulates the suspense, horror and insanity that pours through his writing. When we talk about unreliable narrators, we often (and rightly so) think of The Catcher in the Rye’s Holden Caulfield, however Poe was actually an earlier master of this narrative style. A chilling gothic horror, have a read of this if you dare… We’d love to hear your thoughts on our 5 picks! Which books would you add? Contact us here or message us via Twitter 🙂